**Disclaimer: The content of this post reflects my own personal views, opinions, and experiences.
This post does NOT express the views or opinions of my employer.**

I woke up in the hotel in Buffalo, a little confused about where the heck I was.
I'd been dreaming that someone stole my trombones (this has been an ongoing theme lately) and I was trying to get them back. Yay stress dreams.

Our rehearsal was delayed by about an hour, so we were meeting at 11 instead of 10.
This was actually convenient for me to run one small errand, although I'd have to get an Uber to do it.
I scheduled the Uber for 9:50, got dressed, and went to find breakfast.

Hotel breakfast was very nice, the usual stuff: oatmeal or cereals, misc fruit and coffee and a waffle machine and whatnot.
I got myself some oatmeal and coffee, but brought it back up to my room to have with the Greek yogurt I'd bought yesterday.
At some point I'll want to make my own breakfasts, certainly not all hotels provide meals. But for now, oatmeal is oatmeal no matter who makes it so I may as well eat theirs. And as for coffee, hotel coffee can be nice sometimes too :)

After breakfast I just kinda hung out until it was time for my errand.
Chatted with the Uber driver on the way. It was only a mile and a half, and normally I would have walked it, but because this was so close to rehearsal time I wanted to play it safe.

After just a few minutes, we arrived! 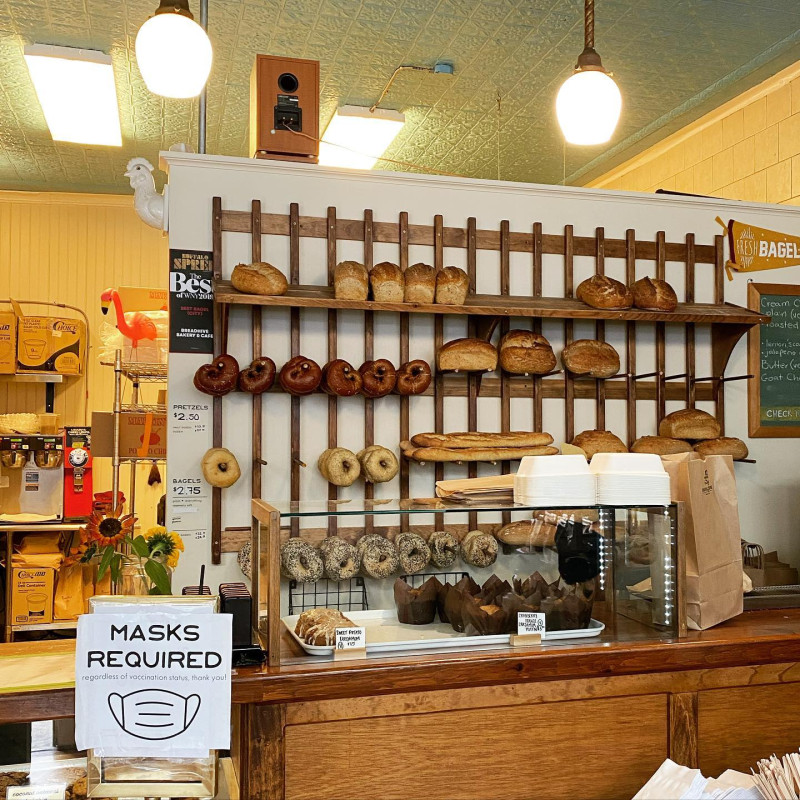 This is BreadHive! It's an employee-owned co-op, meaning the owners work in the store each day and every employee has the potential to become an owner. They currently have eight owners, and it's also possible to invest in their bakery (don't ask me how, this seems complicated)

Whatever they're doing seems to be working, I mean look at that bread!
They only have fresh-baked bread available starting at 10am, which is when our rehearsals usually start. Which is why when our first rehearsal was conveniently delayed, I realized this would be my best chance to get fresh, local bread to enjoy this week!
Hence the special trip and the Uber.

I'd placed my order in advance, and got a "westside sourdough" and a soft sourdough pretzel. 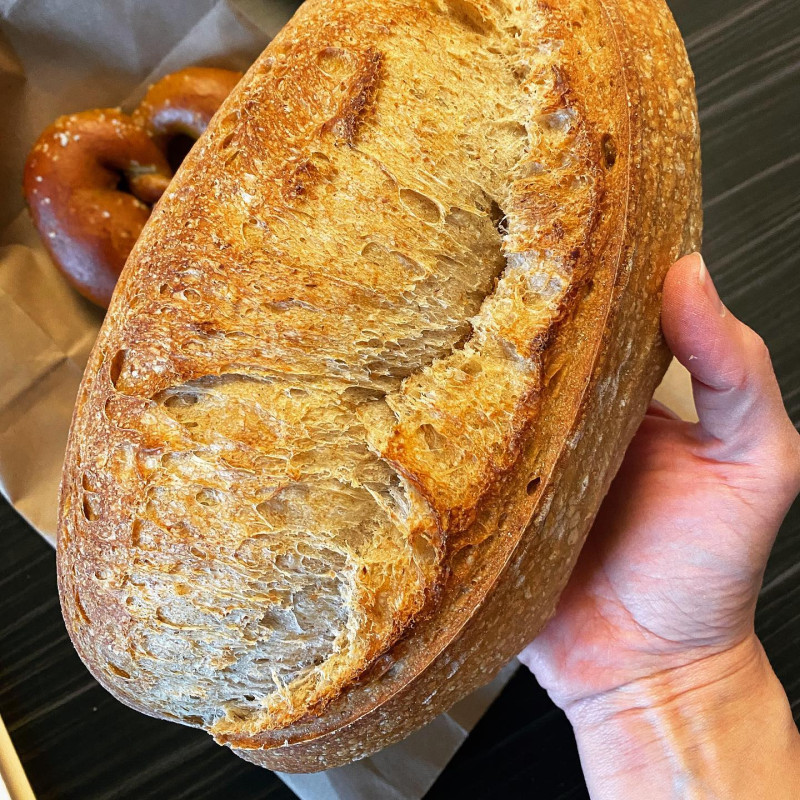 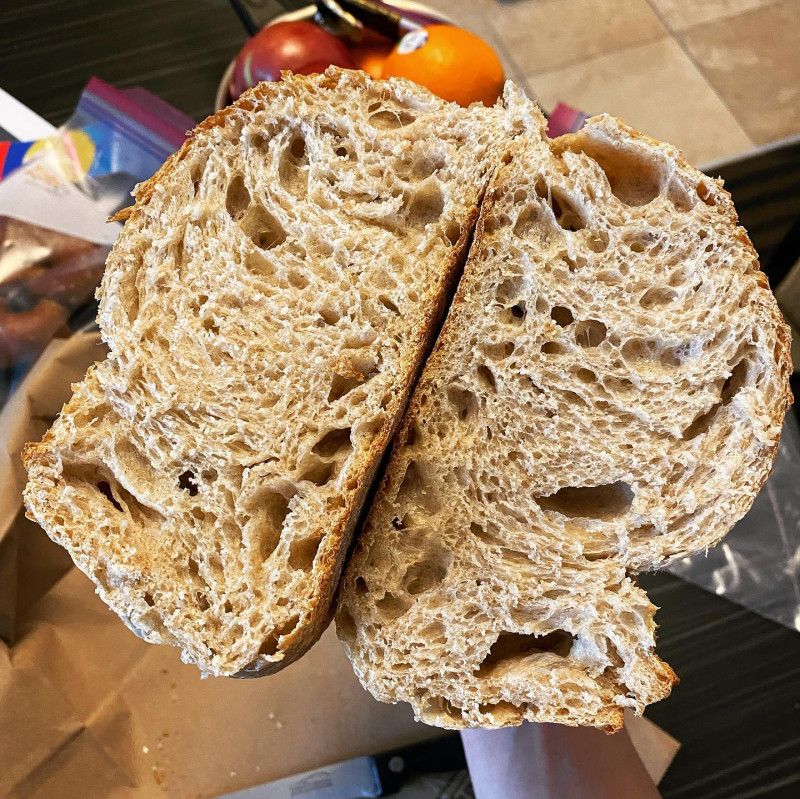 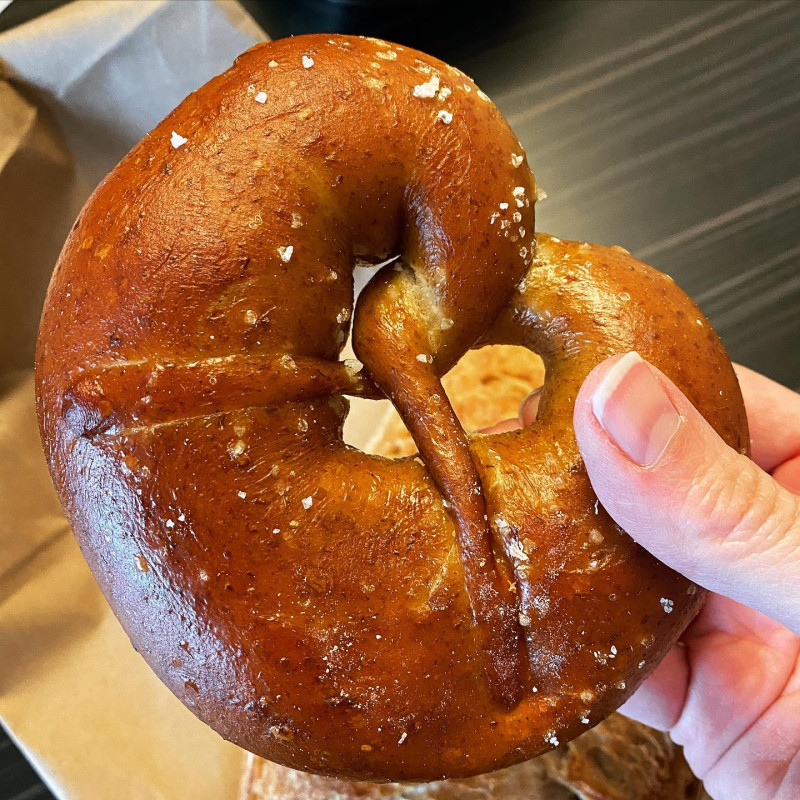 Back at the hotel I cut the loaf in half (mutilated it! Should probably get a bread knife) and put half of it in the freezer, and the pretzel in a ziploc.
Then it was off to rehearsal. ( Collapse )
Collapse